Varmilo claims to have the best EC switches in the industry, and hopes to be a popular choice for influencers looking to make their workstation pop with color. The company’s slogan is “keyboard artist” and one look at their designs tell you they’ve created some beautiful designs.

We were specifically sent the Varmilo EC Summit with “Sakura” switches. The Sakura EC switch is a linear switch with an actuation force of 45g and terminal force of 55g. Varmilo says that the Sakura switch is similar to red switches on standard mechanical keyboards.

Varmilo has several beautiful designs for its keyboards. We received the Summit design with blue and white key caps and custom art on several keys. The spacebar and backspace key feature a small mountain range, and the “Windows” key is a compass. 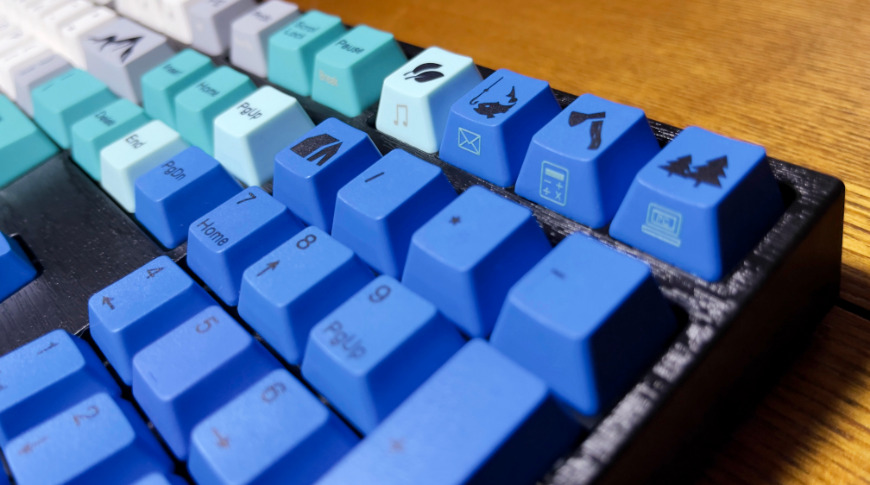 This keyboard is just fun to look at, though some of the design choices have an impact on functionality. The dark blue key caps with black lettering are difficult to read in some lighting conditions, and the extra media buttons only work on Windows PCs. The caps are PBT 1.3mm that are painted with dye sublimation, which should not wear much over time, but results will vary.

There are two small feet you can unfold to raise the keyboard’s height. When not in use the keyboard case sits at a slight slant, so typing can be comfortable at either height.

This keyboard is very heavy. Despite not having a battery due to being a wired-only keyboard, it weighs much more than other mechanical keyboards we’ve tested.

What makes Varmilo keyboards special is their use of Electrostatic Capacitive (EC) mechanical switches. These work by measuring the change in electrical capacitance between two metal conductors. 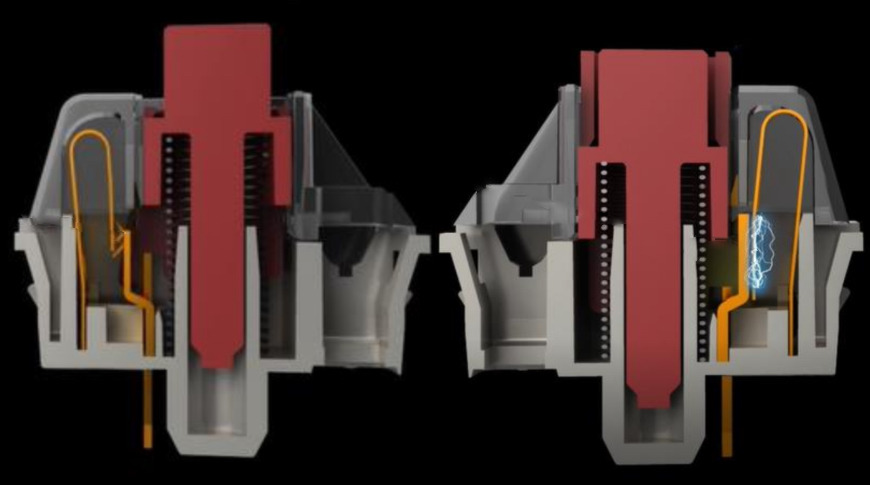 EC keyboards benefit from “contactless” typing which extends switch life to near infinite. The electrical signal used to actuate switches means that there is zero input lag, which is important for some types of gaming.

The use of EC switches makes this keyboard very expensive compared to competitors. Users will have to decide if having EC switches versus standard mechanical is worth the extra price.

While EC switches may have theoretical infinite lifespans, standard mechanical switches have incredible lifespans as well. It feels hard to justify nearly tripling the price of a keyboard just for theoretical peace of mind. 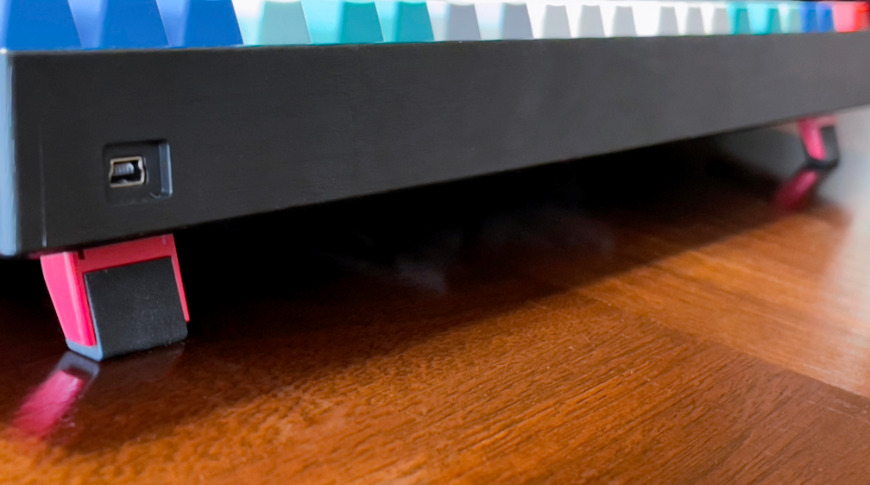 The Varmilo Summit keyboard we tested uses USB 2.0 Micro-B, a connector considered ancient by today’s standards. This means you’ll need a specific cable when connecting the keyboard, and the cable shipped with it terminates in USB-A, which leads to other issues.

Most modern Macs have USB-C only, which means if you intend to use a Varmilo keyboard, you’ll need to buy a new cable or adapter. Users in the market for a mechanical keyboard may already have a USB hub for their Mac, however, but this doesn’t mean you’re ready to go.

We connected the Varmilo to an iPad Pro via a TwelveSouth StayGo hub and it did not work. We then tried using a HyperDrive 12-in-1 hub which did work. There isn’t any noticeable reason for this distinction, but something may be occurring in the USB 2.0 translation that is affecting the keyboard’s compatibility.

There are no bluetooth radios in this keyboard. You are limited to a wired connection.

After the keyboard was connected to our Mac mini or iPad, it worked great. The keys actuate with a pleasant click and bounce back with some force. The keys are balanced and feel very satisfying with each keypress. 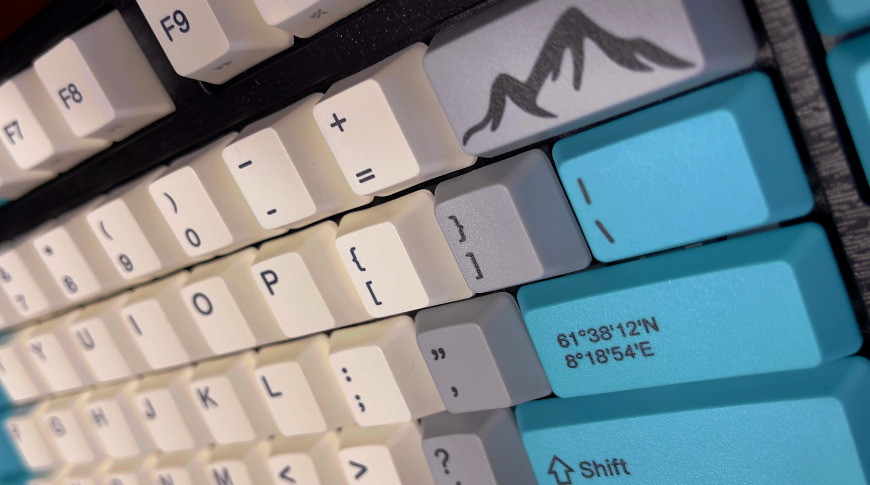 The keys are well made add some color to any desk

Typing with the Varmilo is overall a great experience, but there are some issues with its setup. This is a Windows keyboard first and foremost, meaning the ALT key acts as the Option key on Mac, and the compass key is CMD, which is the reverse order for Macs.

The function row doesn’t work on iPadOS except for F1 and F2 controlling screen brightness. F1 through F12 work on macOS, but the special media keys above the num pad do not, though users can always map those keys manually.

We do not recommend using this keyboard with a Mac unless you switch the key functions of those command and option keys. Luckily on a mechanical keyboard key caps are easy to switch out with the included tool.

Other keyboards, like Keychron, offer a switch that allows users to alternate between a Windows and Mac config without having to wrestle with internal menus. This expensive keyboard designed and sold in 2020 seems to lack some of the basic functions we’ve come to expect.

Should you buy the Varmilo EC Keyboard?

If you are in the market for a keyboard to use with your Windows desktop the Varmilo would be a worth a look. Though, for $157 you’ll likely find better keyboards with more modern functionality and a backlight.

Mac and iPad users look elsewhere. Sadly this keyboard isn’t up to our standards for compatibility and functionality expected of a modern mechanical keyboard.

Other keyboards like those made by Keychron offer different backlighting options, bluetooth pairing modes, and a switch to alternate OS layouts. Keychron does this while keeping their keyboards between $69 and $99.

The Varmilo EC keyboard is available via Varmilo’s website starting at $157 for blue or brown switches and $162 for red.